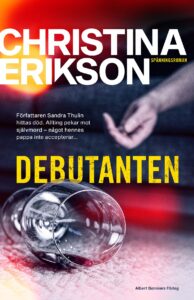 Author Sandra Thulin has taken her own life. She leaves behind a devastated husband and two small children. When Sandra's father contacts police officer Elias Svensson and asks him to investigate the suicide, the case is reopened. Elias and Cornelia Lind start digging into Sandra's background and quickly notice that the façade Thulin’s family showed hid a more hurtful reality. But the police not only receive information about Sandra and her family. They also receive compromising information about Sandra's father that puts the investigation to an end.

The Debutant is the fourth part in the series about Elias Svensson and Cornelia Lind. It's a nerve-wracking thriller about greed, family relationships and power.

"The Debutant is a crime novel about how a psychopath can rule and ruin other's lives, but it's also about how meticulous and stubborn police investigation can lead to success in crime cases. The perspectives skillfully shift between characters, events and places while the suspense is staggering..." - BTJ, Library services no 17

"Christina Erikson has written yet another exciting book in her series that also has a depth, with topics that captures the reader. We get an insight into the dark nature of mankind in an easily accessible way. It is a well-composed plot and I think that those who like exciting thrillers will find it difficult to put this down. I am really looking forward to reading the next book in this series." - Håkans Hylla, book blog 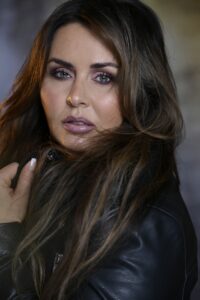