A champion of storytelling 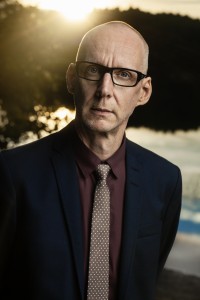 Lars Johansson is an author and a screenwriter who has written scripts for a number of Sweden's most popular TV series and feature films. Sitcoms, comedies, feel-good or horror – Lars Johansson masters all genres. He is also working on developing film and television productions in the United States. He is regarded as one of Sweden’s best script doctors.

Besides writing he has a background as a musician, a drummer in Pontus & Americans. Together with Petrus Dahlin he writes a voodoo series for young adults.

With weightless, precise and spellbinding prose that just flows over the pages he tells us a story with both humour and depths. He builds up suspense and expectation, with hope and relief. His imagination is vivid, his stories hilarious, which richly rewards the reader.