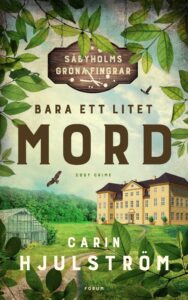 The famous and beloved actress Siri Ehrensvärd has had a great career. Now she is soon turning sixty and her big love, Erling, who is a famous director has been her secret lover for a long, long time and now he talks about finally leaving his wife. And he does. But not to spend more time with Siri, instead he marries a young actress who also carries his child.

He fires Siri from the big theater and she is disgraced in so many ways.

Siri has no children of her own, she has given her life to the stage and Erling. She carries a constantly bad conscious for not taking care of her nephew Anton. He has in a way become her responsibility since Siri’s brother and wife disappeared on an adventurous trip to climb Kilimanjaro. But Anton has been left more or less on his own and he has been drawn into bad companion. Now Siri sees a chance to maybe make things better by engaging in Anton’s life. To forget her own.

Together Siri and Anton get their hands on a plant school and they decide to start their own business in the beautiful countryside of Säbyholm, this is where all the adventures starts and the calm countryside is not as peaceful as one could think, here we find old family secrets and local fights and also criminality that likes to hide their business where they think no one can find them.

Part 1 In Carin Hjulström's cozy crime series Säbyholm's green fingers were readers are met with sudden death in a castle environment in a true "Whodunnit" storytelling.