Not Found on the Map (Finns inte på kartan) 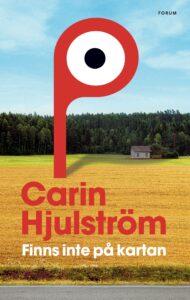 The autumn semester at the School of Journalism in Gothenburg is coming to an end. 23-year-old Frida Fors is eagerly awaiting information about where she will be allowed to do her internship. She knows that a good internship can open doors to the coveted jobs in the media world.

The message comes as a cold shower. Her charming, talented boyfriend gets the dream position at Aftonbladet in Stockholm, she herself ends up at Smålandsbladet's local editorial office in Bruseryd, a stagnant community that is barely on the map.

When she is also left by her boyfriend, it feels as if she has reached zero. But against her will, she is drawn into both the personal destinies of her employees and the villagers. Editor-in-chief Åke Johansson who cures his loneliness with the bottle. The journalists Mats and Annika, whose marriage is cracking more and more in the joints. 19-year-old Dani who is tired of the macho mentality among his friends in Södertälje and decided to open a kebab kiosk in Bruseryd. The loner Gunnel, who day after day, in a hurry, sits on the rock that her son and his family crashed to death against. And not least the girl Aliana from Kosovo, with whom Frida becomes close friends.

It turns out that it is Frida who has won the lottery. During her time in Bruseryd, she learns the journalistic strength from the ground up and she grows as a person by helping others. Not on the Map is a charming and engaging novel about love, friendship and life in a small town in sparsely populated Sweden.

"Carin Hjulström is humorous in her portrayal of sparsely populated Sweden and its people who actually need a kick in the back to take up the fight against the silent extinction from the map."

"It is noticeable that Carin Hjulström is a journalist. The language is straightforward, simple, driving and best when it is a realistic scenario she describes. ... The topics that Carin Hjulström addresses - depopulation, hopelessness and the feeling of powerlessness - are more relevant than ever. "

"Carin Hjulström presents a concrete and current problem in an unpretentious and well-written way. Not found on the map gives the impression that Hjulström has enjoyed all the way during his writing process, it feels so real."

"... it is drawn with a significant charm factor. It is cozy to follow Frida's tribulations and it is with a good mood that you put this book away. A promising debut then ..."