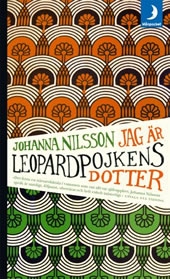 “Sometimes I feel as if I’m paying back a debt by writing this book. With each word, each sentence, the debt shrinks. The debt to Pappa, to Sverker, to Grandma and Grandpa and Bengta; to all missionary children who were left behind for the sake of the Lord and to their parents who left them and endured the tortures of Hell, regretted their decisions and felt incredible guilt but still stayed in the field, since this was the Will of God.”

The Leopard Boy’s Daughter is a tale of Christian conviction and its call to help vulnerable people find a better life. The missionaries believed it was a meaningful vocation, but for their children, who often had to spend a great deal of their childhoods away from their parents in boarding schools, their parents’ choices brought hardship of a different kind. Using letters, diaries, photographs and personal memories from many people involved, Johanna Nilsson paints a colorful and revealing picture of her parental grandparents’ missionary life in the Congo during the first half of the previous century. A collection of warm and loving portrayals of relatives develops, but also a heart-wrenching account of how the choice between God and family imprinted not only their own generation, but also generations to come.

“The first thing which caught my attention was not all the jungle adventures but the book’s major puzzle: How could these grandparents, these good-hearted people, inflict such privation on such a level? What drove them on? The Leopard Boy’s Daughter holds both a strong story and a personal mission.”

“There’s a feeling of immediacy which makes the book seem as if the author herself underwent these events. Johanna Nilsson’s language is lithe, flexible, unforced and, quite simply, that of a master.”

“I cried when I finished the last page and could not move from my uncomfortable armchair. My eyes haven’t left the page for the last two hours, because I just could not put this book down. ..Johanna Nilsson is an excellent narrator and works herself into the tale in an enlightening way that does not detract one ounce from the story.”