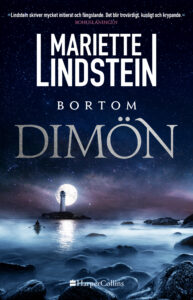 Julia has left Dimön behind when she gets a desperate phone call: Franz Oswald, the former cult leader, has locked himself in the basement of the mansion and refuses to come out. When Julia reluctantly returns to the island to persuade him to interrupt his self-imposed isolation, what would have been a quick visit turns into something utterly different. An anonymous source contacts the newspaper she works for about a fifty-year-old unsolved mystery on Dimön. Three teenage girls disappeared without a trace one night in July. The event shook the small community then, and nowadays it is something the villagers are reluctant to talk about. The superstitious villagers seem to believe that the island's ghost, the Countess, lured the girls to the cliffs, where they jumped to their deaths.

Julia begins to receive macabre clues from someone who is in hiding while conducting his own investigation. At the same time, Franz is shaken to the core when the truth is revealed piece by piece, and the clues lead to the mansion and his sadistic father. Franz's belief that his own behavior is inherited through generations of unspeakable evil is growing.

What really happened that night fifty years ago? And who is it that lurks in the shadows and watches Julia's smallest steps?

“Beyond Fog Island is extremely captivating and exciting entertainment, which at the same time provides cold facts about the cult's inner building blocks, a reality most people do not want. Here, valuable knowledge is conveyed in a captivating way. There is probably more to say on the subject, so we hope for more novels about Fog Island and the Oswald family.” - Ragnhild Oxhagen, Ölandsbladet. Magazine

“…resulting in a both exciting and well-written story while the series' long story with all the complex relationships between the characters involved continues in unexpected directions.” – Kapprakt

”Lindstein continues to depict life in a cult in a believable way. She takes us on another lap without making it tedious, stiff and slow.”  - Karin Carlsson, Bohusläningen

”Wow, Mariette really knows how to renew oneself and never bore her readers with predictable intrigues and plots.”  - Ebbas.Bokhylla