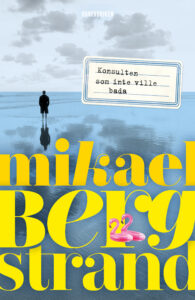 Kenneth V Andersson's life is fabulous. As a successful consultant, he has made a fortune in rationalizing away employees at various companies. At home in the luxury apartment, he enjoys expensive dinners, fine wines and movie nights in front of an exclusive big-screen together with his ten-year-younger partner. Kenneth is a master at opting out of things. For convenience, he has chosen not to marry, have children and associate with other people.

But then one Friday night everything falls apart. His girlfriend breaks up with him and his life collapses. Suddenly, he realizes how brutally lonely he is. After a couple of unsuccessful dating attempts, he goes out to the summer house in Baskemölla on Österlen to lick his wounds and dutifully visits his father at a nursing home in nearby Simrishamn.

When the grumpy and somewhat senile father reveals that a family secret is the cause of the mother's disappearance almost forty years ago, Kenneth begins a strange journey, where his path is crossed by the mysterious Elizabeth and her odd family. In his search for what really happened to his mother, his past is revealed piece by piece, and when the truth is revealed, Kenneth is forced to confront both his childhood and his feelings for Elizabeth and her father.

The Consultant That Refused to Swim is a novel about finding oneself, told with the humor and warmth that has become Mikael Bergstrand's hallmark.