When We Fall (När vi faller) 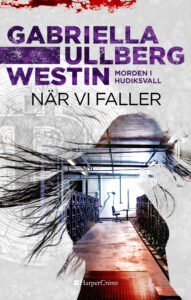 Childhood friends Vera Bergh and Jens Frohm have built a successful bitcoin company outside Hudiksvall. Investors in the company see their money grow explosively. It’s complete shock when Jens is suddenly found dead. All indications are that he committed suicide. But is it really so?

Henry Svensson is a single father, working as a craftsman, and struggles to make ends meet. He dreams of being able to give his son everything he wants, and to show his ex-wife that he is good enough. One day he gets an offer that would give him the money he so desperately needs. But that means stepping over a moral boundary he never thought he would cross.

Detective Inspector Johan Rokka's and forensic technician Janna Weismann's relationship is still new and fragile. They have made a joint decision not to have children, so when Rokka's desire to become a parent grows as the relationship deepens, everything is put to the test. Will they be able to keep the professional distance in the investigation of Jens Frohm's death, at the same time their emotions are running wild?

When We Fall is a story about riches, poverty and a desire to belong. This is the seventh part in the Hudiksvall series.

Excerpt from the book the Police Chief about the main character Police Officer Johan Rokka:

”At first I was questioning why anyone would even let that man into the police station, he was cursing and making a hell of a fuss. But after a while I understood why he was there. He is the one person who could ever get away with being ruthless, because he always has a deeper meaning to what he says and does. Excuse me Janna, but I have never met another police officer with his unquestionable instinct and his unwavering desire for justice to prevail.”

"Best book so far in the series! Yet again Gabriella Ullberg Westin manages to hit right on target when it comes to current intrigues. It's like something taken straight out of real life, it feels true and story structure is spot on. She has truly established herself to be one of Sweden's top authors when it comes to suspenseful crime!" - Bettan_bokprataren, book blog

“Gabriella Ullberg Westin has a strong ability to capture current themes in her books – in part 7 in the Hudiksvall crime series When We Fall we find ourselves in the middle of the bitcoin hype… A well structured story and a suspenseful read.” – Kapprakt, book blog

"I know I said I was eagerly waiting for my work day to end so I could finish reading... I lied. I couldn't resist! Haven't been able to focus on anything work related today I had to devour the last of this book! WOW Gabriella - you get better with each book - I thought nothing could top last year's part of the series, I was wrong. 5 out ot 5." - @kimsbokhylla

"I've followed this series from when the first book was released and I must say it's only getting better with each book. A suspenseful plot in combination with interesting character portrayal's - makes it impossible to stop reading. Gabriella Ullberg Westin also always manages to pick current topics - as in this case with crypto currencies. 5 out of 5" - @Sofiasbokhylla

"This is truly a really, really good police crime novel for any one who's a crime lover. Suspenseful from page one!" - @I_min_bokhylla