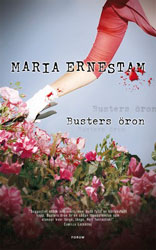 Eva, the main character of the story, is enveloped by the fragrance of flowers, since she has tended her rosegarden for many years, aware that relations to flowers can be easier to deal with than relations to those closest to her… When she receives an unexpected gift on her 56th birthday – a diary – she begins to take brief nighttime excursions into a world that she had spent a long time doing her best to forget. Years that were highlighted by the constant conflicts with her beautiful but unloving and complicated mother. The little girl who expresses her thoughts in the diary describes an oppressive childhood as well as to an aching love that is never fulfilled: that her mother will, at some point, return her love. In this callous home grows a hatred that will occupy a major portion of the girl’s life, a hatred that gains disproportionate strength, endows her with power and demands retribution. When Eva is sixteen she falls in love with a British officer. In her love for John she can believe that reconciliation is possible for the first time in her life.

Buster’s Ears tells about the complicated relationship between a mother and daughter at the same time as it tells about love, trust and betrayal. It alternates between the present and the 1950s and 1960s, between life by the sea and life in the big city, between the grown-up woman and the child. It is also about modern society’s inhumane eldercare. This is a powerful and unsettling relationship drama as well as a tender, bittersweet love story.

A story that affects the reader while it goes back and forth between the innocent and the frightening and slowly unravels the demons.  The reading is captivating, emotional and strong characters ... recommended!

With harmony and delicious grace, already shown in her previous novel  Toujours avec toi (Alltid hos dig) the author goes deep into the family's ambivalence, the back and forth between painful secrets and human relationships, both fragile and complex. In a convincing way she also shows how hard it is to love.
Site actualitte.com, France

”What might at first seem to be a novel about the Swedish idyll, after a while develops unexpected thriller qualities. This novel about a crashed mother-daughter relation is a pearl. Most of all it punctures the typical genre clichés.”

“With the alteration between present and past time, the author gives life to the story, which portrays a girl’s fruitless attempts to gain love and recognition from her mother. Described at the same time is the mother’s inability to empathic relations, a father who tries to mediate and the rivalry between mother and daughter. But it never turns into self pity; it rather sparkles of refreshing, nasty comments. The girl develops to a retaliator. And the moral of the story? Not be discovered, that’s the most important.”

”With this book, Ernestam has joined three Swedish literary giants.

Maybe this is most clear in the novel’s mother/daughter theme, where Bergman’s Autumn Sonata appears to be the literary model, while Strindberg is present in the portrayal of Eva’s father, completely exposed to his girl’s erratic manipulations and without power to protect her from the increasingly demanding mother. And the question is if it isn’t thanks to Selma Lagerlof, Ernestam manages to stay completely sober throughout the book, and holds any possible sentimentality on a distance. The fact that the three giants spirits circle over the text, doesn’t hurt at all. Because Ernestam adds her own mode, her own style. /…/ As a reviewer one only gets to get this kind of reading experience a couple of times a year. So far, Ernestam is at the top of my list!”

“There are times when you just want to savor a reading experience."

"It is truly a love drama, a really beautiful relationship novel.”

"If you buy only one book this year – buy Maria Ernestams Buster’s Ears. A totally, totally fabulous novel.”

“I was seven when I decided to kill my mother. But it wasn’t until I turned seventeen that I was able to act on that decision.' Right from the start/…/ we know what’s going to happen. /…/It’s harsh yet liberating to read about a girl who acts out her violent impulses rather than directing them inwards. And quite often, it’s also funny.”

"Maria Ernestam had a successful debut with the book Caipirinha With Death, a novel that is also violent and macabre. As an author, she seems quite driven, with a confident sense of style and composition honed close to perfection."