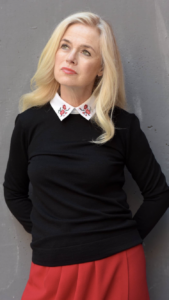 Maria Ernestam is gifted with the keen eye that characterizes an attentive observer. Her novels are based on strong relationship dramas. They are rich in colour and served with dashes of unexpected turns and witty twists. With an overall sense of style and of attention to detail combined with a headstrong and utterly brilliant imagination, her books resemble modern fairy tales about the unreal things that can happen in real life. She approaches the major human issues with her characteristic sharp humor. Relationships and how they influence and form human behavior is a central theme in Maria Ernestam’s stories. With her beautiful language she portrays relationships with psychological acuity and insight.

Maria Ernestam herself: “I’ve always been fascinated by the fight between good and evil, life and death. I believe that civilization’s veneer is thin, and that there are strong emotions running through every human being, which it can take very little to lure to the surface. I am aware of the sufferings of this world but I am keen to never forget its joy and happiness, both in my books and in real life.”

Originally a journalist, Maria also studied English literature and mathematics. Later she lived in the United States, where she took a Master of Arts in political science. She also lived in Germany for eleven years and worked as a foreign correspondent for Veckans affärer and Dagens Medicin. Maria lives in Stockholm with her family. Raised in Uppsala, she spends her summers in Frillesås on the Swedish West Coast.

"Read Caipirinha With Death last summer. It was the first time I read any of your books. An absolutely fantastic reading experience which quickly was followed by Buster's Ears, and there will be more!"

"As a writer, she feels incredibly driven, with a stylistic and compositional certainty sharpened to near enough perfection."- DN

"… In her care for language and her sense of the meaning of detail, Ernestam shows her insights as a psychological realist." - SvD

Ernestam's language is hardly similar to anyone else's. It's poetic, brutal, black and sparkling.” - UNT

"The fact that the three giants (Bergman, Strindberg, Lagerlöf) hover over the text does not in the least matter. Ernestam spices up with her own temperament, her own style. ” - Politiken, Denmark

"What first turns out to be a novel about the Swedish idyll develops after a while unexpected thriller qualities."- The world, Germany

"… Can easily be compared to Bulgakov's Master and Margarita - the novel is really very very good…" - Knizhnoje Obozrenie, Russia

"Through her characters, the author lets the reader understand that we are all capable of performing actions that were never thought possible and ask questions about life, death and love."- Library service

"As always, she tells a kind of everyday story, where everyday life turns out to be anything but everyday and contains drama, mysteries, ambiguities, anxiety and doubt." - Litteraturmagazinet 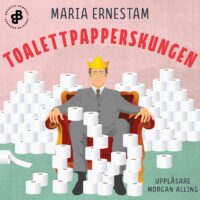