A Port in the Storm (En hamn i stormen) 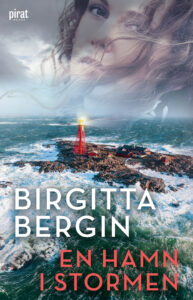 Seven guests arrive in the Pater Noster Islands for a weekend in October. On the small island there are only barren cliffs, a hotel and the lighthouse from the 19th century - and sea as far as the eye can reach. Kenneth and Marina, who run the hotel, immediately feel that something is up in the air. These are not carefree weekend guests, but people who for various reasons have come to untie knots in their lives.

New connections arise, old ones dissolve and when the hurricane strikes with full force, there is no return. Will everyone even leave the island alive?

A Port in the Storm is a relationship novel with elements of suspense, where Birgitta Bergin once again shows how insightful and skilful she portrays human relationships.

”A suggestive and exciting book with an interesting gallery of characters and credible relationships.” Allas Magazine

“Once again she shows how insightfully and skilfully she portrays human relationships.”
Kulturnytt Sverigemagasinet.

“In a mix between Agatha Christie and a feelgood novel, the author delivers an exciting and well-written relationship novel where everything is pushed to the extreme and where we get to know the little person behind the facade. Rating 5/5”  @BOKstavligttalat

“Gradually, the atmosphere is built up in elegant Agatha Christie fashion. With a touch of feel-good novel seasoned with suspense, it is a book to read at length.” @frokenmillaskanslaforbocker

“Relationships are in focus and Birgitta explores what happens to us in pressured and vulnerable situations when fear takes over. And she does it SO well!” @boksann

“The description of the characters is phenomenal. The relationships are masterfully described and build up slowly over the course of the book.”
@carolines_bokliv

“During the reading I got a claustrophobic feeling of being in the storm with all the guests. Rating 5/5.”
@brijreads

“I am deeply impressed by the author's way of creating such a captivating feeling so that I feel as if I was there with the storm on the island!”
@laslustan 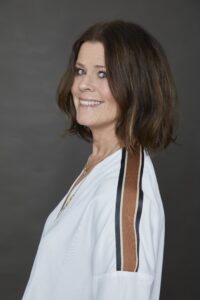