Queen of the Waves (Havets Drottning) 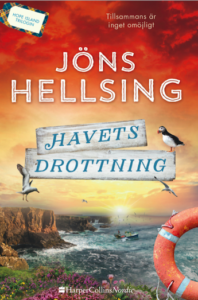 Lord Winsley is under a lot of pressure for refusing to let go of the Scottish island that has been with his family for generations. But when asked to collaborate on a top-secret mission with the Ministry of Defence, he is offered a large sum of money – something he can’t say no to. In a separate part of the bay on Dóchas, they’re planning to build a military harbor for nuclear submarines.

The islanders are happy for the opportunity that comes with the new jobs and money flooding in – until they learn what it is actually for. Pub owner and chef-to-be Heather Mac Donald doesn’t want to serve radioactive lobster to her guests, so she incites the islanders to rebel. A rebellion that will take London and Lord Winsley by storm.

The framework for the Series is the Scottish Island and the oppressed islanders who rise up against the central power personified by a corrupt English lord. The main characters are John and Heather.