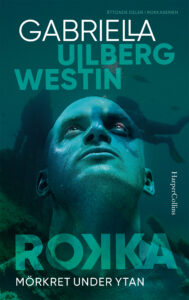 On a cold autumn day in Hudiksvall, police chief Carl Linderoth disappears without a trace. He is detective Rokka's father figure and when he is later found dead, Rokka's world collapses. A murder investigation begins, but the perpetrator always seems to be one step ahead of the police.

Rokka's protégé, the former running boy Eddie, is back in Hudiksvall after a time in a communal care home. He is older and at a more stable place in life. When Eddie talks about his new job, Rokka notices a detail that can be linked to the murder investigation. He hires Eddie to find out more, but will the young Eddie be able to work for the police in secret without revealing himself?

Darkness Beneath the Surface is a fast-paced page turner about fatherhood, trust and restoration. It is the eighth book in the Rokka series.